Document by which a borrower promises to pay the holder of the note a certain amount of money under specific terms.

Popular - Promissory Note forms for use when one person borrows money from another and pays it back via installments. 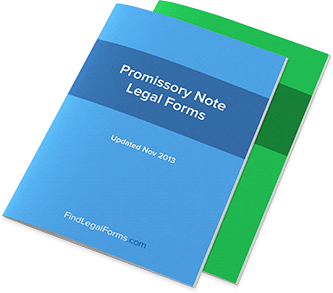 Loan Forms Combo Packages (Australia) Get 9 forms for just $52.95. Save 61%! Best Value! Save Money by getting our very popular Loan Forms for use in Australia together in one convenient packet

What is a promissory note?

A promissory note is a written promise from the “maker” or “issuer” to the “payee” that a certain amount of money will be paid from issuer to payee in the future. Though there is no requirement to write a date at which the payment will happen in a promissory note, it is a common provision of these notes. Additionally, promissory notes will often contain information on the interest of the debt. As for payment: there are a number of payment methods that can take place with the written notification of a promissory note.

Also known as “notes” or “notes payable,” these one-way “contracts” are considered enforceable under law and as such can be used as negotiable instruments.

How are promissory notes different than IOUs?

Why might I want to use a promissory note?

Because a promissory note, once signed, can be enforceable by law and considered a “negotiable instrument,” a promissory note is essentially a way to put debt on paper and use it for that value. This is valuable, for example, in the world of mortgage payments and real estate because of the debts incurred through those transactions. It is also useful in business loans.

What are the payment options for debt in a promissory note?

These different types of payment methods do not have to be signed by the other party – the payee – but the possession of such a promissory note does imply a de facto agreement between the two parties.

Here’s a quick look at the different types of payment methods seen in the writing of promissory notes:

What kinds of promissory notes are there?

Although the essence of a promissory note remains the same, there are a few variations that allow for certain agreements and transactions to take place between individuals and businesses. These variations allow for a greater deal of flexibility in their business interactions.

When is a promissory note enforceable?

What are the requirements for promissory notes to be valid?

When is a promissory note effective?